This year is shaping up nicely. It was a daunting step leaving my job without something to go to, but I’m feeling so much better in this brave new world. I’m healthy, strong, and enjoying having time to follow my creative passions and absorb the wonderful culture London town has to offer. Here follows a whistle-stop tour on some of what’s been popping off in my life and what’s on the horizon.

I’ve been working on getting speed into my legs and building strength across my whole body through a focus on 5 and 10Ks, calisthenics and yoga. I managed to come ninth in a recent Parkrun at Finsbury Park, and was 4th in last Saturday’s badly-organised British Heart Foundation 10K. After a year of slow and steady marathon training, I’m finding my fast once more.

I’m definitely stronger. I had loads left in the tank at the end of the 10K and felt strong all the way round. I could have gone faster, but held back as I kept expecting to run out of gas. Knowing I didn’t has encouraged me to push harder next time. How often do we limit ourselves with unhelpful thoughts like these?

The improvement in the quality of my sleep that comes from not working means my body makes gains each time I train. I’m hoping to set new 5 and 10K PBs this year, and to improve on my 4th place finish. In May, there’s the Run Hackney half marathon, which will be a Bridge the Gap event. I’m so excited about this I’m coming back from my travels especially. Then in the summer, I will go long again as I train for Berlin Marathon. Most importantly I’m really enjoying my running and fitness work again, and a happy athlete is a successful one.

From November onwards I was part of the creative team working on a play called Technically Speaking, contributing to the writing, the devising and assisting the director. It had a week’s run at the Arcola Theatre in Dalston during the first week of February, and, with four sell-out shows, it was a commercial success. The play explored the issue of men’s mental health through the filter of mobile phone technology, as the audience received texts, phone calls and took part in polls during the performance.

It’s fair to say this experience was a rollercoaster. I have reservations about some aspects of the production. There’s a reason why we turn our phones off in the theatre, and I felt for the actors on opening night, who were putting in heroic performances while the Frankenstein’s monster we had created with technology went on a rampage in ways we couldn’t have predicted until going live. Nevertheless, I’m proud of the pioneering work we created, and the conversations we had with audience members after each performance confirmed we have started important dialogue about this issue. While that can be difficult, it is a positive step. Thanks to all the company for a great experience, and to everyone who came down or supported in other ways.

Now the play is finished with I’m going to be blogging more often, and am determined to get my play about child-trafficking, Tunde, re-drafted and see where I can take that. My former student, Fiston, has agreed to help with the research and development, so watch this space.

It’s surprisingly difficult to decide where to go when the world’s your oyster. I’m pleased to say I have finally booked my trip to Asia and am looking forward to revisiting Thailand, where I will get back on the international yoga trail, as well as Hong Kong, Japan and wherever else the wind takes me. Expect this blog to morph into a travelog while I’m away, and for there to be more expeditions later this year. 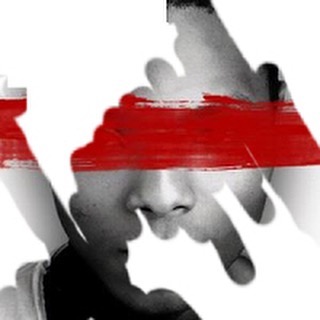 I have been having an amazing time checking out the best art and theatre this city has to offer. Recent highlights have included my former student Fiston Barek’s astonishing performance in five-star rated play The Rolling Stone and Adrian Lester’s tragic performance in Red Velvet as Ira Aldridge, the first black actor given the opportunity to play a lead role on the London stage in 1833. Seeing Adrian white-up at the end of the play, defeated and broken by contemporary attitudes that are less-far-removed from those of the 21st century than we would like to think, was heartbreaking and beautiful. Art-wise, I highly recommend the Saul Leiter retrospective at The Photographer’s Gallery.

I’m lucky to know a lot of very talented people. Naomi Edmondson has been painting walls across London under the moniker of Survival Techniques, in order to share simple actions to help people feel better when feeling rubbish or stuck. Her latest offering is on the wall of The Royal Sovereign in Hackney.

Meanwhile, Joel Scott, a founder-member of Punchdrunk, directs his latest show, The Devil Speaks True, at Leak Street’s Vault Festival from this week onwards. Expect an immersive take on Macbeth told from Banquo’s perspective, involving the use of audio headsets.

Closing doors and opening new ones

It would be misleading to suggest that every day in the life of a man of leisure is blissful. 2016’s has had its ups and downs already. But by closing the door on my working life for a while, I see more of my family and friends. I recently revived a life-long love of Dungeons and Dragons by joining a group and could not have predicted the unexpected opening of doors this has precipitated. By making a change, I’m open to many things I might not have noticed if I was still caught up in the grind.