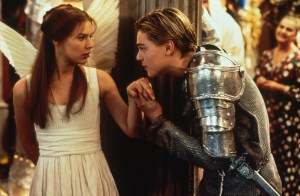 “What’s in a name? That which we call a rose
By any other name would smell as sweet.”

Two weeks ago I explored the idea of changing the name of this blog from anotherwisemonkey to something more prosaic which explained what the website was about, e.g. Running and Creativity. The feedback from readers was a resounding endorsement of the anotherwisemonkey name and a negative for changing. But why?

“I think it’s great every time I see it” said Grace. “Agreed!” concurred Ellena. Perhaps it’s the literary playfulness inherent in the name. I’ve always loved words; I write in order to play with them. I find it relaxing. I delight in Shakespearean wordplay and love the wordsmithery of hip hop and spoken word. But how did the name anotherwisemonkey come about? I love a bit of etymology, me… 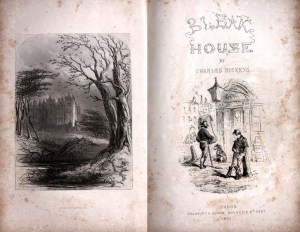 The inspiration is Charles Dickens’ epic indictment of the legal system and Victorian London, the novel Bleak House. I first read it as an undergraduate at the University of Sussex. I loved it, although I confess I didn’t read every single page in the week leading up to the seminar; life as a student was full of engagements with procrastination that simply couldn’t be avoided. The discussions about the novel deepened my appreciation, and I re-read it a couple of years later.

The term “wise monkey” is used in reference to Mr Smallweed, and indeed all of his family. An angry, paralyzed old man, Smallweed is a money-lender whose only emotion is greed and whose only thought is profit. I’m a romantic idealist at heart, so Smallweed represents everything I’m ideologically opposed too, while simultaneously encapsulating the mean-spiritedness that makes up an unavoidable part of the character of London, the city of my birth. In the same way that I love Dickens’ encapsulation of the smog and low-life of London, I love Mr Smallweed and his wizened children, for their faults are the faults of all Londoners, and therefore my faults. This city which excites me so much that I’m compelled to literally run all over it also repels me in great measure, and the wise monkey Smallweed encapsulates my own conflicted feelings about London life.

At around this time, my then-girlfriend persuaded me to finally get with the end-of-the-millennium programme and I set up a hotmail account. My first choice name was wisemonkey@hotmail.co.uk but that was taken, so I tried anotherwisemonkey@hotmail.co.uk. Bingo! I liked the way the word confused people. Was it “An Otherwise Monkey” or “Another Wise Monkey”? It was memorable and people liked it, so it stuck.

Years later when I was setting up my first blog, the name was an obvious choice for me. So there you go. While Juliet argues “That which we call a rose by any other name would smell as sweet”, my readership have argued that anotherwisemonkey by another name just wouldn’t be the same. This monkey is here to stay.