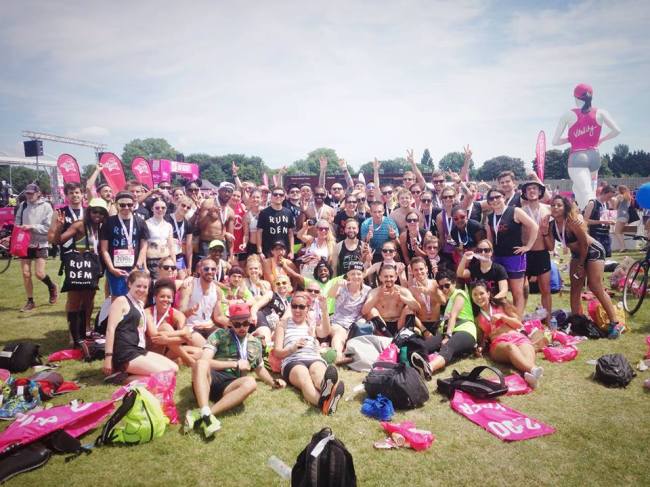 Today, in the scorching sun, we ran, cheered and celebrated Hackney, my friends and I, in a celebration of community by community and through community. Hackney took me into its arms when I needed a new start in life. Years later, so did Run Dem Crew. So it was fitting I should run the first mass-participation race in Hackney surrounded by the family I’ve chosen. 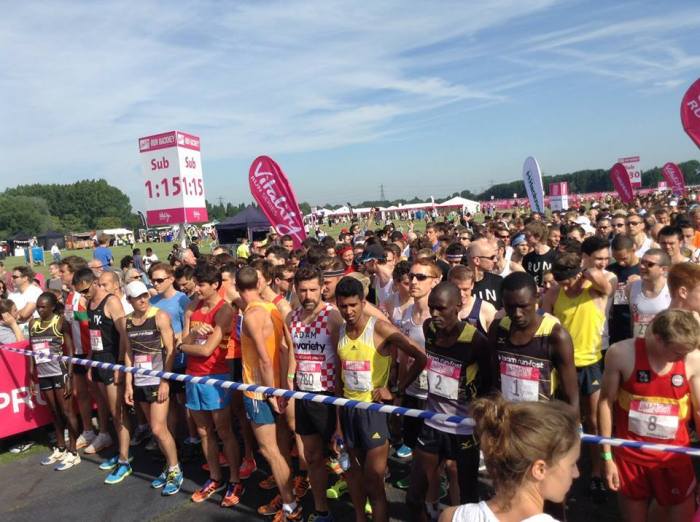 Tales of heroism and sacrifice abound. Shameek ran 16 miles as he supported other runners that were struggling with the heat. Ash, Paul and Sarah supported Mac, one of our Youngers, as he struggled to come to terms with the challenge. This is what the crew is about. 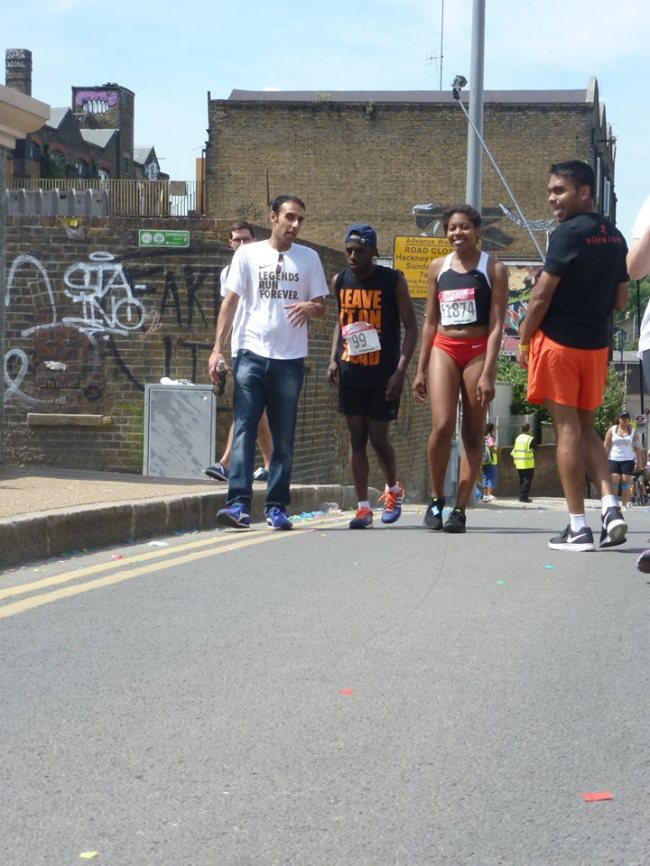 Charlie, not able to run, stood like a beacon draped in a Ghana flag, calling forth the names of each runner as we struggled up the hill into the Olympic park, giving us strength when we had none. 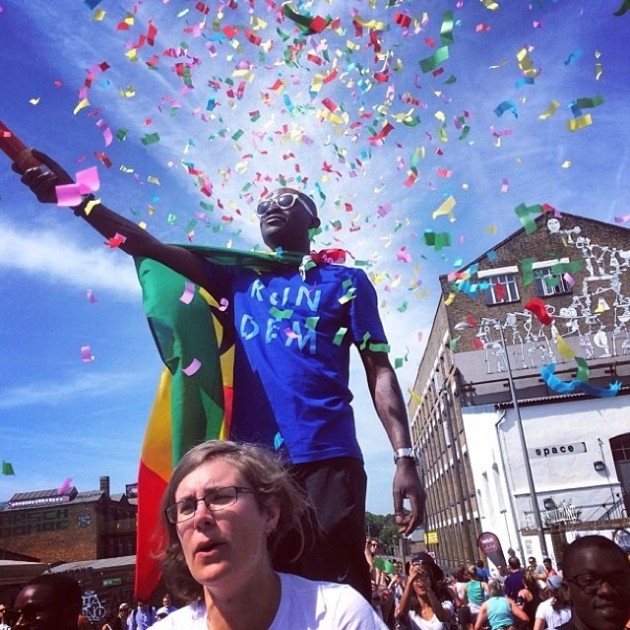 Tilly passed out for ten minutes, but was determined to finish and was ably supported in that by Lucy. Bemi found the heat overwhelming, but was looked after by the crew. Rebecca struggled, but is feeling fine now. Darren updated his status saying he really didn’t think he would finish, but he did. Sadly, Chevy managed to injure himself while running to get a paramedic to help someone else- a sad consequence of his selflessness in organising Cheer Dem and mobilising the secret ninja crew. We wish you well, Chevy, and hope everyone who struggled today is feeling better now. 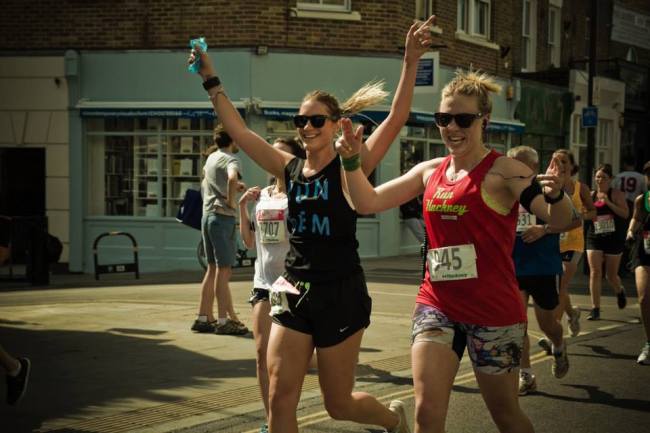 When I first moved to Hackney, people refused to come and visit me, scared of Murder Mile and the perceived eastern wilds- their loss. I’ve lived all over the borough for 15 years and it’s been fantastic to see the rest of the world come round to my way of thinking. Hackney rocks: the green spaces, the pubs, and above all the people, the self-confident, warm-hearted, open-minded people of my adopted home. Having raced all over London, it was nice to finally have a big race happening on my doorstep. I’m sure the boost to local businesses from the visitors was very welcome. 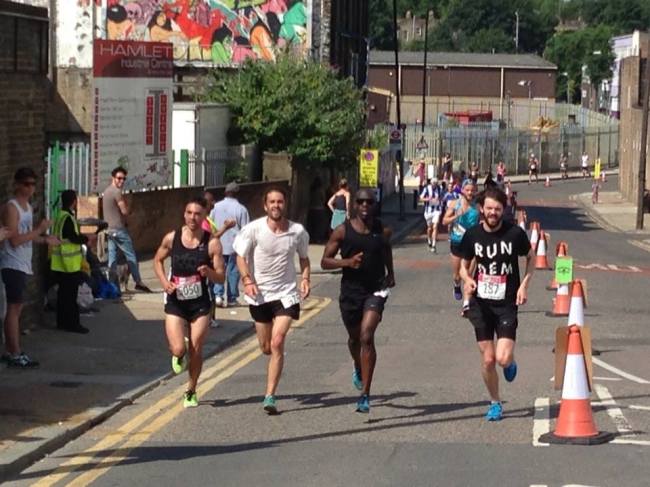 Today felt like a festival of running, as if Glastonbury had come to Hackney. I met members of the Copenhagen crew NBRO, and runners from other crews who had come to take part. It felt very special to have them here in my back garden. Bridge the Gap events have always seemed so exotic, cosmopolitan and urban- it was inspiring to remember our home is just as exciting to others. 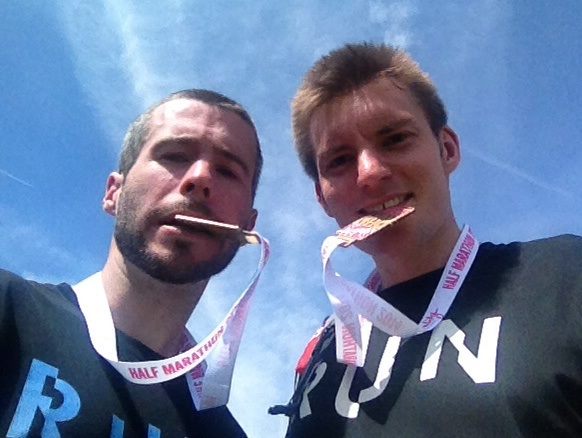 I want to mention Ian’s big PB. He’s quietly been getting on with things at Run Dem, always putting in the hard work on a Tuesday and at track, and it was really great to see him rewarded with a sub 1:30. Sorrell was taking things easy and came home as the 11th female. She and Maja are both doing the Race to the Stones ultra, so Maja ran a 30K warm-up before starting the race. Warwick finished in a massive PB, and crossed the finish line as the first Run Dem athlete hand in hand with Hugo, who had slowed down to help him achieve his goal. 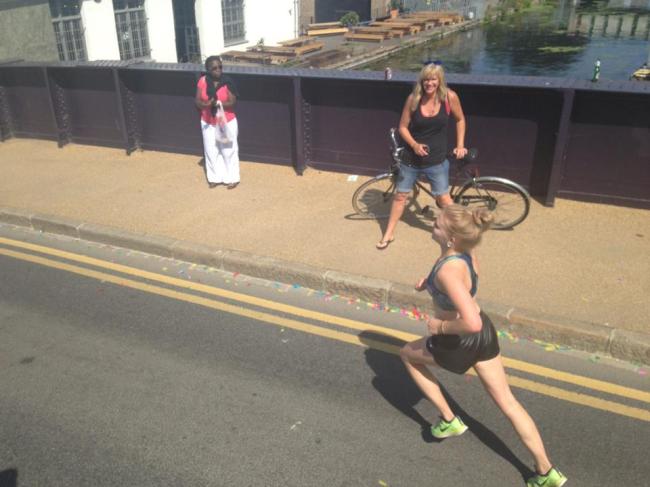 Thank you to all the people who came out to support. Cheer Dem were immense, as were the people of Hackney, instinctively warming to the name on the shirts and appreciating what the crew stands for. Big shout to my non-running friends who gave up their time. I hope you enjoyed it as much as we did. I think that’s the first time I’ve had a sign brandished in my honour. 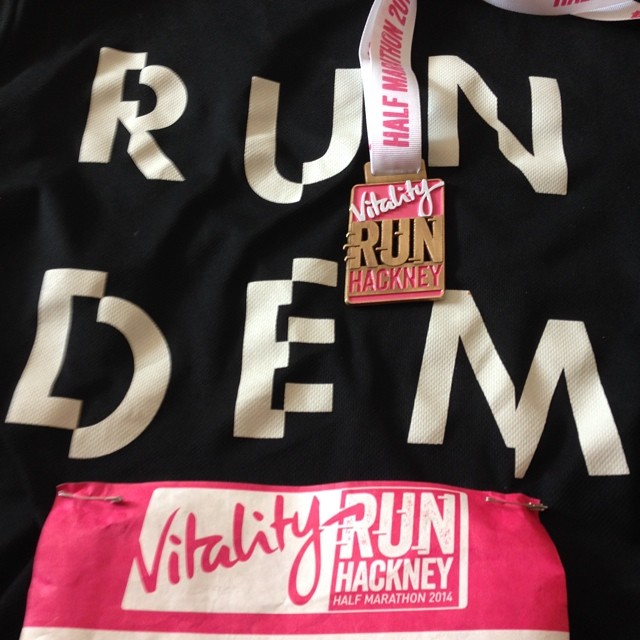 So thanks for the memories Hackney and Run Dem Crew. This is a day that will live long in the mind. 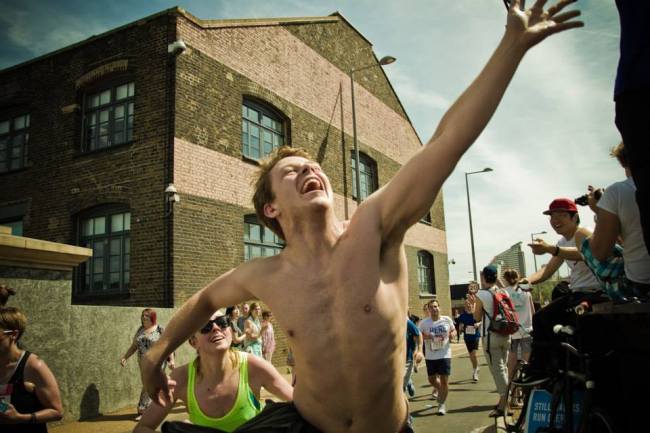 (Disclaimer: this post has been written on an endorphin high)

2 thoughts on “Hackney Half- A Celebration”